Do you still shoot 35mm film? It’s not dead as many people appreciate analogue photography and the joy of shooting film. Digital photography with its convenience has outranked analogue but created a new interest towards film photography.

It’s not a surprise that many photographers prefer film over digital. Some photographers admit they tend to make best photos on film. Despite major film makers experiencing financial problems, there are all sorts of films out there that will help you achieve different results.

Below are some of the best films worth shooting. 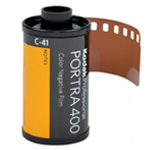 Kodak’s best film (it’s quite a subjective opinion) that every film photographer needs to give a try. Go for 400 ISO to get stunning results under different lighting conditions. Talking from personal experience, Portra is amazing for street photography because Portra has an amazing colour to it with a beautiful photo structure. You have to try it yourself to appreciate it more. 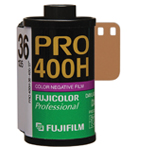 Fujicolor has always had a faithful following and support in a photo community. Fuji films also have a green almost cinematic tone. Photos taken on this film have a pretty colour palette. That’s why Fujicolor Pro 400 is extremely great for sunny days. Overall, it’s a good quality film that should be tried at least once by every film photographer. 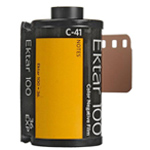 If you’ve tried Portra and want to try something different, Kodak Ektar is the film to choose. It is amazingly sharp but only available in 100 ISO, therefore is suitable mostly for taking photos in sunlight. This film is very good at creating shadow details. Kodak Ektar is great for landscape photography. Some photographers use it for portraits. Trial and error is the way to find out what you will use it for. Ektar 100 is just a beautiful film to shoot with. 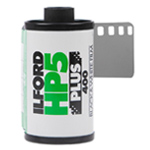 Classic black and white film that can be used under most lighting conditions so don’t be afraid to experiment. HP5 Plus is a very expressive film that has a specific grey tone, making photos warm and atmospheric. Most photographers love this film for a nice level of contrast of photos. If you want to get into black and white film photography, Ilford HP5 is a perfect choice! 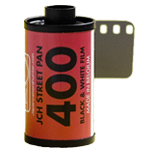 Fairly a recent name in the world of 35mm film. It was inspired by discontinued Neopan 400 and is a reborn of Agfa film. Founder Bellamy Hunt was impressed by Neopan’s atmospheric contrast and grain, therefore, using his contacts in a film world managed to bring back Agfa film into production under a new name. JCH StreetPan 400 will be perfect for a rainy day as the film is recommended for use in quite bad weather conditions. 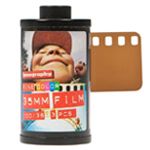 This is the film that was created for experiments. Lomography Color Negative 100 has almost no grain with amazing, sharp details of photos. Distinctive colour of photos is impossible to recreate with other films. Due to low sensitivity, this film is better for sunny days to get stunning photos.

In conclusion, no matter what film you shoot with, don’t be afraid to experiment and keep shooting on film. Most films featured in this review are available in our monthly subscriptions. Sign up now to receive two mystery rolls of film every month.

Can you spot a cheeky cat in the first picture? Fu

I’m sure that @homesandgardensuk should be all o